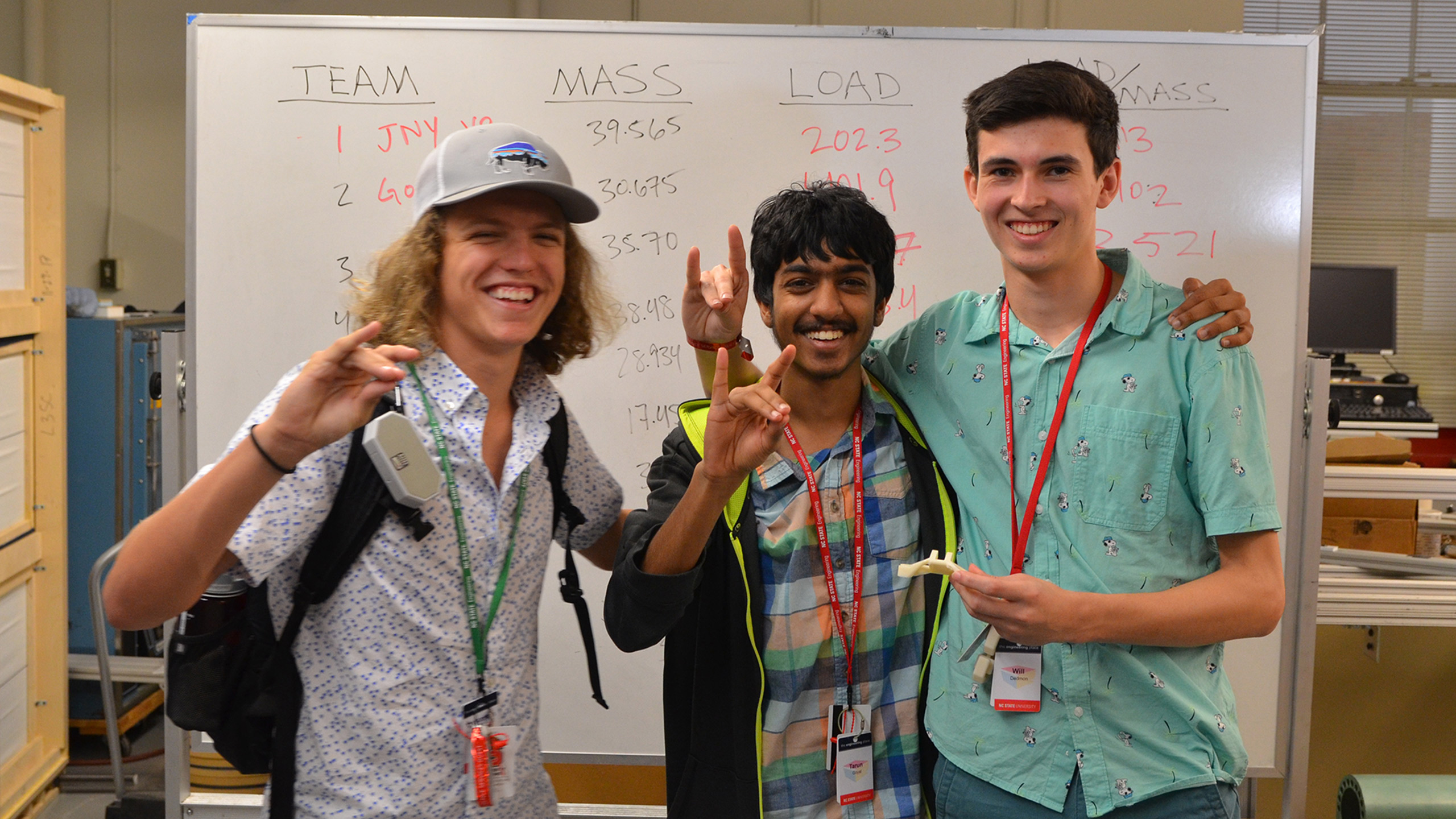 CAMAL hosts an additive manufacturing summer camp for rising high school juniors and seniors. It is an opportunity for the students to discover the world of 3D printing. Along with touring NC State’s campus as well as several manufacturing plants, campers learn CAD, tensile testing, using 3D scanners, and compete in the infamous GE Bracket Challenge.

The challenge asks teams of students to redesign a GE jet engine bracket using CAD software and then produce that part using a 3D printer. On the final day of camp, each team presents their project to the class. The camp wraps up with the final competition to see who designed the part with the greatest strength to weight ratio. Dr. Harvey West tests each part using his 20,000 lb. Capacity Universal Testing Machine that increases the pressure on the part until it breaks.

Summer camp is an excellent opportunity for high school students to learn more about engineering. “By attending the camp, students receive a more hands-on learning experience than they would in a traditional classroom,” says 2018 camp leader Sid Collins. “Instead of learning physics theory or math theorems, they learn how these things are applied in the engineering world.”

Students also meet with professors and ask questions about how the engineering program works at NC State. This gives them tips on how to apply and succeed at NC State. Over the years, many summer campers have become ISE students and thrived in the department.

Tell me more about the AM Summer Camp

NC State industrial engineers are leading the way to a better future with lean, adaptable operations. Our focus is on addressing our nation’s most pressing manufacturing issues. We tackle industry challenges with the use of big data, automation, and robotics. Nanomanufacturing and 3-D printing are cutting edge technologies we use as well.

Our industrial engineers are experts in boosting the productivity of present systems. We apply state-of-the-art processes and disruptive technologies to improve the way the U.S. manufactures.

I want to learn more about ISE Degrees